Decade in Review: My Top 10 Favorite US TV Shows 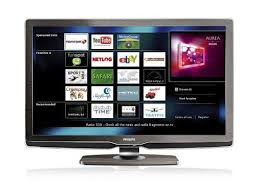 Compiling this list is a difficult thing to do. The #1 show was no question. But the rest of the top 10 were difficult to rank. Anyway, there are some shows here that started in the 90s but as for this list I will only judge it on the episodes aired this decade. I would like to emphasize this is a list of my "favorites" not what is "best". Since well I'm not in the authority to judge which is best or not, plus my list is limited to the shows I've watched. I know shows like The Sopranos, Friday Night Lights, and Mad Men are well reviewed but I haven't seen enough episodes of those shows to judge it [but I will watch those shows someday]. If you look over the list , you would easily figure out that I'm really into comedy/dramedy/lighthearted shows in general. There are some shows that I absolutely loved when it started but as it went on I got tired of watching it, so no Desperate Housewives, Prison Break, and Heroes here. There are shows here who had a brief run because it was canceled early on. Before I present to you my top 10, I'll cite some close calls in the top 10, I wanted to expand the list but then I thought that limiting it top a top 10 is more challenging and would really force me to be rational in someway (and well I sort of violated it since there is a tie somewhere in the top 10). Anyway, here are the shows that didn't make my Top 10:
Jack and Bobby (2004-2005)
A very engaging young adult drama that only lasted a season.

Will & Grace (1998-2006)
I didn't like how it ended with what happened with Will & Grace but the antics of Jack and Karen consistently delivered the big laughs no matter what.

Alias (2001-2006) and 24 (2001-present)
Both exciting and thrilling shows to watch, I absolutely loved the early seasons but I failed to catch on the later seasons and I felt that I couldn't justify well placing them in the top 10 if I haven't watched all episodes.

7th Heaven (1996-2007)
A sentimental favorite, the show was messy during its last four seasons but I will always be fond of this show because I always watch the Holy Week marathon of this show on Studio 23. 2010 will be the first Holy Week without a 7th Heaven marathon, I somehow feel sad about that fact.

Scrubs (2001-present)
I love this show because I could relate with J.D's wild imagination although the show went on for too long that it kinda lost its charm over time but I still consistently enjoy watching it.

Pushing Daisies (2007-2008)
I adore this show! The pilot of Pushing Daisies is one of my all time favorite pilots. It almost reached the top 10 but was bumped down because that shows at #9 and #10 (which coincidentally were launched at the same time with Pushing Daisies) had stellar second seasons that boosted it.

And now my list of my Top 10 Favorite US TV Series of the Decade.

There is nothing really groundbreaking with this show, this is your typical episodic traditional sitcom but this show entertains me a lot thanks to its charming cast. I’ve rooted for this show since Day 1 and I’m glad that this is now on its way to becoming a ratings powerhouse. Jim Parson's Sheldon is one of my all time favorite TV characters, his character is so effective that sometimes I think I will instantly cringe everytime he opens his mouth. The show started as somehow show laughing at the nerds but now the show excellently transitioned as a show laughing with the nerds.

Despite airing just two seasons (season 3 starts in Janaury) this show effectively mixed comedy, action-adventure and romance into one truly enjoyable show. The cast are perfect and the spy adventures are very thrilling and not shallow at all despite the comedic tone of the show. And Chuck and Sarah will-they-or-won't -they romantic tension is nicely developed. The Buy More crew have their own mini-show but they don't interrupt the story but serves as a nice comic break in between the thrilling missions of Chuck, Sarah, and Casey.

This adult animated program showcases a morbid but very entertaining take of the future. The society that this show depict is so crazy but there underlies a subtle take on what could really happen in the future base on current events but no in the preachy or in-your-face way. And what's great about this unlike other animated show, Futurama is not prone with continuity errors. The show was canceled in 2003 but this year it was announced that the show will be revived and will air new episodes starting next year!Can't wait to see Planetary Express deliver the laughs again

- The show started as "Survivor: The Series" type of show but it evolved into becoming a truly mind-bending and captivating show. The show has now become a science-fiction drama and I admit I'm not really into science fiction in general but Lost successfully blended the science fiction with the human drama so even though you don't exactly understand what the heck is going on, you still want to know the answers, you want to know what would happen to the characters. Sometimes this show could be confusing but out-of-the-blue the show would introduce something groundbreaking that would pull your interest in. The show will end next year and I'm very excited how it will conclude

- The best asset of this show is the cast. It's one of the best ensemble on TV right now that even minor characters like Phyllis, Creed, Toby, Meredith etc have their moments and I couldn't imagine the show without every single one of the Office staff. Jim and Pam's relationhip is one of the best developed TV romances. The show also succesfully maximized the mockumentary format of the show to deliver the best comedic moments of the show.

- I love the non-linear style of storytelling of this show, its not easy to pull it off but they are doing it very well. They were able to expand the show’s story beyond the limits of the title and make it work well. Kudos also to the cast because one of the assets of this show is the great chemistry of the actors in it.

Even though I’m no longer a kid, I still enjoy watching the shenanigans of Spongebob and friends (even on repeat viewing or dubbed in our local language!). There's no wonder this cartoon is very popular not just with kids but with adults as well because the show is very enjoyable to watch. When I watch the show with my one-year old nephew, he is not the only laughing but me as well.

My sentimental favorite is Gilmore Girls. I first watched this show because I have A BIG CRUSH on Alexis Bledel and her character Rory is so adorable but over time I fell in love with the quirky town of Stars Holl. The first three seasons of GG was such a joy to watch. I admit the show’s plot got draggy during its last two season but I’m pleased that even it had a de-facto series finale, they left the show in a good note with an episode that went back to its roots.

I was contemplating for awhile which reality show should be higher but then I realized I love both shows equally so why not let them share the spot. Even though bothshows already aired more than a dozen seasons I’m still hooked each season, watching how the castaways and team compete to win the top prize. I love the dynamics of Survivor, it's not an easy game as it needs a good combination of physical, tactical and social skills while hands down the logistics in the production of The Amazing Race is top notch. I could see both shows still succeeding in the next decade.

My favorite show this decade is ARRESTED DEVELOPMENT. The absurdity of the Bluth family is so hilarious and I just love the format of this show especially the end part where they have “a preview” of what’s next. I like how they are very keen on continuity, when there’s a callback in episode I feel so delighted. The subtle joke and sight gags are very witty. Just remembering some of the scenes of the show makes me cringe (I’m thinking about the scenes of the “Literal Doctor” right now). They even make product placements funny and not annoying. Such a shame this show was not a hit but still I’m glad that it had three excellent seasons and a nice series finale.