Product of Its Time 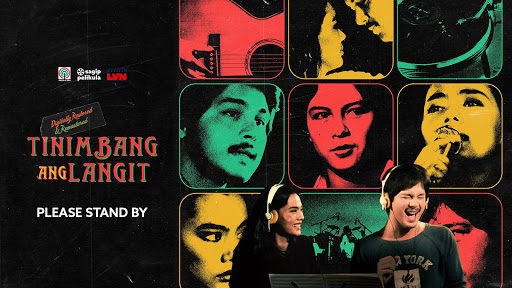 So yeah I watched another Digital Premiere of a Restored Filipino film earlier tonight! And just like time, it's a movie before I was born Tinimbang Ang Langit in 1982. This is a more commercial movie, so think of Viva/Regal movies of this era. It's light drama about romance and music. To be honest, I wasn't really captivated  by the story but I enjoyed it because I love seeing how contemporary 1982 looked like in clear resolution! The use of phones, the dialogue and I was also fascinated by how some aspects felt like it hasn't changed today. There was one though that clearly wouldn't fly today! There was a song featured here with a title "Try a Little Suicide" and to be fair the song is not really advocating suicide but it's a metaphor about taking a risk. The song is actually good but with that title, nope! It's not just about being politically correct but also sensitivity. But can't blame the songwriter and the movie though because back then it was just different context. That's what I love about seeing movies likes this set in the past, you'll have learnings along the way.
Posted by forg/jecoup at 11:46 PM