Review: The Perks of Being a Wallflower 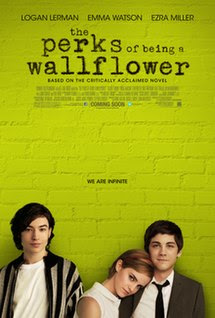 Coming of age stories are dime a dozen from books to TV shows and most especially movies. With a plethora of growing up stories out there, it really is a tall order for one to stand out. One might dismiss The Perks of Being a Wallflower as one of those generic tales but this movie takes a familiar story to a whole new direction thanks to strong characterization and heartfelt commitment to the material.

Set in the early 90s, Charlie (Logan Lerman) is a troubled kid entering his first day in high school. He never stood out before and he believes that things will stay the same that is until he meets seniors Patrick (Ezra Miller) and Sam (Emma Watson). Together with Patrick and Sam, Charlie discovers the joys and pains of growing up and at the same time wrestling with the memories of his haunted past.


The Perks of Being a Wallflower is adapted to the big screen by the novel's author Stephen Chbosky and one can see how this material is very important to him. He handles the adaptation with so much care and eye for detail which I believe will please most fans of the book. The novel is written in epistolary form wherein Charlie tells his story through writing letters to an anonymous person. Adapting that format to the big screen made it look like it's just a gimmick to have a voice over narration but the script and Lerman's performance carries it through. Still, there are in things in the novel that were left out (For example, Charlie's sister has a smaller role) but overall the movie fully captures the novel's tone and atmosphere.

The story is very accessible even for those who haven't read the source material. The structure is basically simple and something that most people could relate to. It really is all about growing up and the pain and pleasure that comes along with it. What makes The Perks of Being a Wallflower special is that the movie does not pass judgment and just lets you in to the world of these kids who are young, adventurous and full of potential yet so unfocused and fragile. It does not escape the cliches known to this genre but the characters are fascinating and genuine that watching their journey is so engrossing to watch.

Committed performances from the cast strengthen the movie even more. Lerman, in particular, fully embodied Charlie delivering a nuanced but knockout performance. He fully captures the vulnerability of a troubled teen like Charlie. He gets the small details right, making Charlie a well-developed character that you just couldn't help but be draw on to. Watson is a playing a totally different character from the role that made her famous and she nails it. Miller is so charismatic, funny and sweet that one would not think that he played a terrifying character in We Need to Talk About Kevin so effectively a year ago.

The Perks of Being a Wallflower does not tell anything new or groundbreaking about youth issues but what it does best is showing the serious side of being a teenager with so much sensibility and sincerity. It's a journey that one has seen (and experienced in one way or another) but this movie reminds us that no matter how crazy those years have been, it's all worth it.

Labels: movie review, perks of being a wallflower