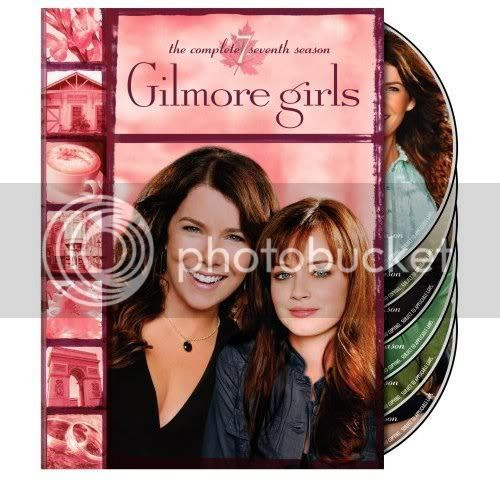 What a dramatic title. But actually I'm just refering to GILMORE GIRLS which will air its last episode tomorrow, 8:30 pm on Studio 23 [it ended last May in US]. Seven seasons [seven years] of watching this TV show, I'm sort of attached with this show already.One of my all time favorite American shows. Some people think this show is for girls only. But not really, yeah the shows really skews the female demographic but the writing of this show is really good and witty and once you watch this show regularly you will fall in love with it regardless of gender and age. But I admit the first three seasons were the prime of the show because the later seasons dwindled [especially season 6 and the first half of season 7]. Still, the thought of no longer seeing a new episode of GG will be really different for me.Oh well, the show had a good run
, Bon Voyage Lorelai and Rory!
Posted by forg/jecoup at 9:05 AM