Just finished attending the virtual premiere of the digitally restored and remastered SOLTERA staring Maricel Soriano. This year I've been lucky because I've attended a lot of digital premieres  this year thanks to the generosity of the ABS-CBN Film Restoration head Mr. Leo Katigbak! I knew Sir Leo when he was still the head of Studio 23 and he would post on the channel thread at Pinoyexchange! I was able to interview him too for my thesis and I feel flattered that he still remembers me! Anyway, we are Facebook friends so after I've watched three digital premieres this year (Radio Romance, Tinimbang ang Langit and Soltero) , he have been inviting me to their digital premieres this year. And I've watched the digital premieres of Separada, Hey Babe, Paano Kita Iiibigin, Prinsesa at ang Pulubi and now Soltera. It's been my theatrical experience this year and great trip back memory lane. This movie SEPARADA I've actually watched in a theater when I was a kid back in 1999! My mother wanted to watch it so she tagged me along so I really didn't have a choice haha! Anyway, it's such an experience to watch a movie again now that I'm older and have more experience and insights so to speak! Anyway, the Sagip Pelikula Film Festival continues on KTX.ph and for this week here are the featured films! 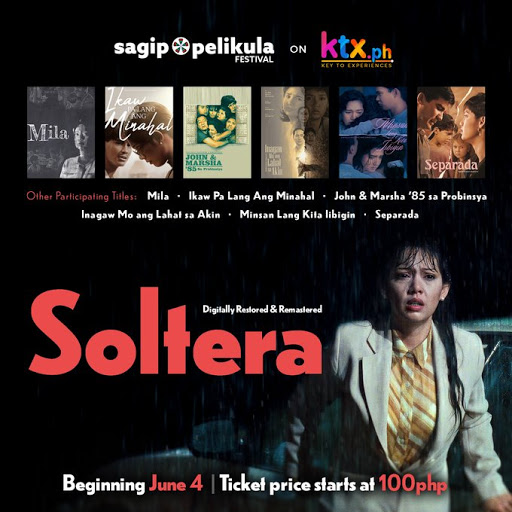