Decade in Review: Ten Favorite Movies of the Decade

I'm not a big watcher of movies as I am of television so I'll just post my favorite movies base from the limited films I've watched over the decade. I know I still have to watch a lot of films, I will improve my movie-watching time by next decade. Maybe If I watched enough films of this decade, I will revisit this post and make new rankings and probably expand it to 20 or even 50. Hopefully it will happen. Anyway here is my list :D

The first time I watched it I was very impressed on how they freshened up the fairy tale story. The sequel even surpassed the first one. Sadly, I felt the third installment took a nose dive, quality wise.

- Best local romantic-comedy this decade for me. The lines were witty and the progress of a relationship was well executed

- An adorable family movie that had realistic emotions from a family under an over-the-top situation.

- Such a sweet film and I love how various kinds of love was depicted here, and it's not just about the romantic stuff - One of the best quirky stories I've watched this decade. Kate Winset was so great here 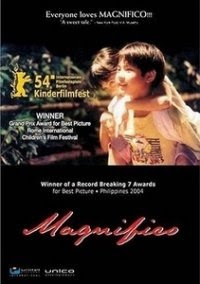 - This local film was a suprise success back in the day. This movie is like Pay it Forward but 10x better for me :)

I love Ratatouille because of the conflict it presented: Wanting to be something that you are not supposed to be there and choosing to go against tradition because of something that your heart tells you that is right for you. Yeah it's a bit extreme to use a rat that wants to be a chef but I like what Remy represented, he is the total outcast who want to challenge the tradition. The animation is superb the fact that I really got grossed out with rat colony (especially when they fell from the roof!) shows how realistic and polished the animation is. And the in the end is full of wisdom, just captures the whole essence of the movie. The best and most sophisticated script for me of all the Pixar films.
Posted by forg/jecoup at 10:12 AM